You’ve probably heard of this myth that aging starts when you are about 25 years old, that is, when development has come to end. After this, according to the myth, your body deteriorates because the wear and tear of metabolism accumulates more and more damage in your cells.

I can’t list all the empirical evidence that contradicts the wear and tear theory of aging in this blog post. So far, my favorite proof is the existence of the Yamanaka factors, four transcription factors that can turn somatic cells (for instance, skin cells) into stem cells. According to Horvath’s epigenetic clock, the age is reset to zero in these so-called induced pluripotent stem cells (iPSCs). This indicates that cells can relatively easily reset the age, thereby removing all the “damage” of wear and tear of an old cell in the blink of an eye.

In an article that appeared in Science Advances in June, the researchers showed that something similar occurs in mouse embryos during gastrulation. The scientists measured the age of the cells using an rDNA clock that, like the Horvath clock, is based on patterns of DNA methylation, just that only ribosomal DNA is examined for the measurement of age. The scientist found that the age of the embryo cells is the lowest approximately 4.5 to 10.5 days after fertilization. This means that the embryo starts with an “older” age, and around the time of repression of pluripotency, the age is reset to “ground zero.” After this event, aging progresses as the embryo continues to develop.

This also means that germ cells (sperm and eggs) don’t start at age zero, that is, these cells aged in the bodies of the parents. Only a few days after sperm and egg are united is the clock reset to zero. Resetting the clock is, of course, essential for the existence of life as such, because if the cells in offspring inherited the age of their parents, the maximal lifespan would become shorter with each new generation.

The wear-and-tear theory of aging was never really able to explain this obvious contradiction to the theory. The common argument you often hear is that organisms somehow prevent germ cells from accumulating damage and, therefore, from aging. As it turns out, this argument is false.

This study showed that the age is reset at a preprogrammed time during the development of the organism. Right after the clock is reprogrammed and as the organism continues to develop, its age progresses as well. The truth is that your biological age was nine months, minus a couple of days on the day you were born. Hence, a newborn baby already “suffers” from aging. The fact that the age of an embryo is reprogrammed is a sign of evidence that aging is not the result of wear and tear, but that it is a precisely programmed process. 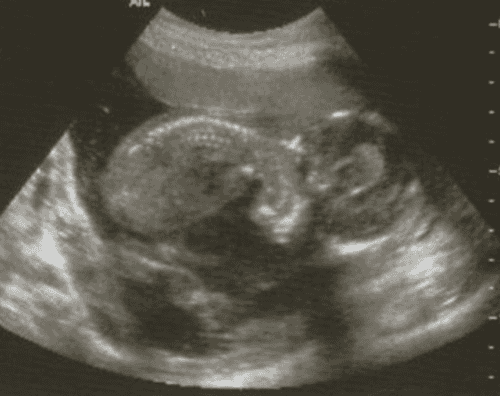 A fetus “suffering” from aging in the mother’s womb

In my view, we have no reason to believe that this programmed aging process stops after birth. Development obviously does not end at birth, and it certainly continues, albeit at a slower pace after age 25. According to this theory, aging progresses at the fastest rate shortly after ground zero and then continuously slows down. We feel the effects of aging in the last quarter of our lives only because we perceive these particular developmental changes as negative. However, the biochemical mechanisms are just the same right from the beginning at ground zero in a mother’s womb. 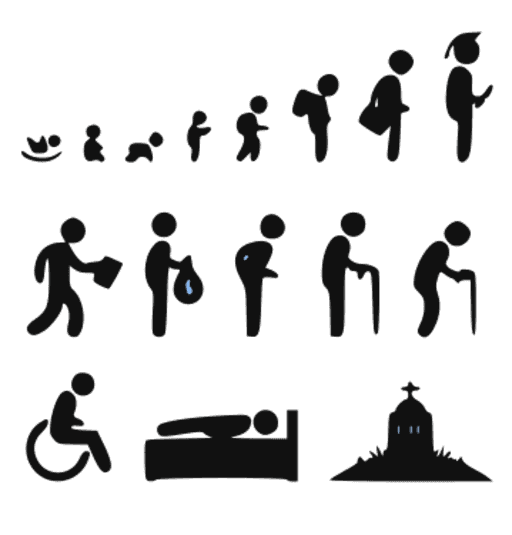 Aging as a developmental process

Because DNA methylation and other programmed epigenetic modifications determine gene expression, aging is nothing other than a programmed adaption of gene expression over time. The pattern of gene expression alters rapidly during embryogenesis and continues to change after birth until the day of the organism’s death. Damage accumulates only because this change in gene expression continuously downregulates cell repair. Thus, to reset the clock of aging, all that needs to be done is to reprogram the epigenome so that cell repair is upregulated again.

The title of this blog post is perhaps a bit misleading because the article in Science Advances doesn’t really explain how exactly Mother Nature resets the aging clock. However, the authors speculate that the process might indeed be similar to Yamanaka reprogramming. I think there must be a reason why these transcription factors exist.

The good news is that reversing aging by programming can most likely be accomplished much easier than if we had to manually repair all the damage that accumulates during a lifetime using new technologies that have yet to be invented (the SENS approach). Obviously, Mother Nature already knows how this can be done.

Please note that this blog post is mostly about my reading of the results of this study. The authors are much more cautious in interpreting their findings. With a more radical criticism of the popular wear and tear theory of aging, it would probably have been hard to find a journal to publish the study.