Home Blog Book review: Cracking the Aging Code – Aging is a feature, not a bug

Book review: Cracking the Aging Code – Aging is a feature, not a bug

I suppose Mitteldorf wouldn’t really like my short description of his theory, that is, that aging is a feature of evolution and not a bug. The reason he is interested in aging is that death has terrified him since the age of three when his father disclosed to him that one day his life will also come to an end.

The book actually has two authors, Josh Mitteldorf and Dorion Sagan, although it is fair to say that this text is mainly Mitteldorf’s work. Sagan only contributed a prologue and was involved in the epilogue. (Update: Thanks to Josh’s comment (see below) I learned that I was wrong and that Josh himself wrote this part. I will come to this at the end of my post. 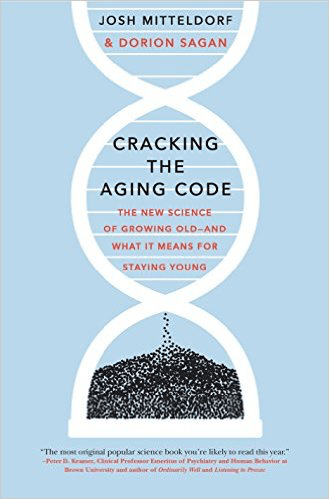 Let’s first look at Mitteldorf’s theory. Mitteldorf’s view contradicts with Darwinism, or the mathematical formulation of Darwin’s theory called neo-Darwinism. This theory has a hard time explaining aging. If survival of the fittest is the main theme in evolution, why do most organisms have this major handicap that always leads to death? Aging does not really contribute to an organism’s fitness, so it seems.

Mitteldorf reviews three conventional theories that try to explain aging within the framework of neo-Darwinism (p. 72):

Mitteldorf dedicates much of the rest of the text to debunk these three theories. Even though I couldn’t always follow his argumentation, I think this is the most interesting part of the book and makes it certainly worth reading.

He discusses one piece of evidence after another that makes these three theories and neo-Darwinism as a whole appear as unlikely candidates for explaining aging in the context of biological evolution. Even though Mitteldorf is an astrophysicist, he obviously has profound knowledge in the field of biology. 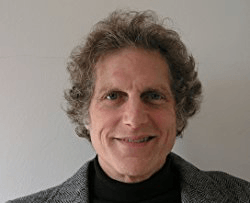 All three theories have in common the premise that evolution is about survival of the fittest individual, and this is where all of these theories fail. Mitteldorf finds a different answer to the question why most species age (Kindle loc. 178):

The answer is that natural selection is not just the life and death of individuals but also the rise and collapse of local populations and of entire ecosystems. Evolution is about cooperation as well as selfishness, and aging has evolved as part of the dues owed by an individual for participating in a stable ecosystem. Evolution and ecology have inscribed a death sentence in our genes. We literally pay with our lives to protect ecosystems, as increased death rate via aging prevents the sort of wild overgrowth that presages wholesale population collapse.

They keyword here is “overgrowth.” He also uses terms such as overpopulation and overexploitation throughout the book. Here is another summary of Mitteldorf’s central thesis in his own words (p. 146):

There must be a benefit to aging. There must be a powerful something that more than compensates the negative of lost fitness for the individual. The benefit is certainly for the community and not the individual. And that benefit must involve some basic property of living things, since aging is found in so many diverse species. What is it?

My answer is that aging makes possible stable ecosystems by leveling out the death rate. Death at a predictable, programmed time prevents the tragedy of everyone dying at once—extinction in famines or epidemics. If evolution worked only at the level of individuals, it would be a dog-eat-dog world, rife with cannibalism and every form of vicious competition.

The most interesting example he gives is a discovery about yeast cells that Valter Longo made in the 1990s. This discovery almost ended the career of the young biologist because his finding appeared to contradict neo-Darwinism strongly. Yeast cells have the remarkable ability to detect food shortages in their environment. When this happens, they commit suicide via apoptosis (programmed cell death) to turn themselves into food for their neighbors. What is bad for the individual is good for the community. With the help of this sacrifice of 95% of the yeast cells, 5% of the microorganisms survive. Without this “altruistic” behavior, the entire population might have died out.

Other examples in the book are not as drastic, but at the core of Mitteldorf’s theory is the thesis that if a species overexploits its environment (for instance if a predator eradicates its prey), this species risks becoming extinct itself. Thus, individuals age to prevent overpopulation and overexploitation of resources. This constitutes a competitive advantage for the species. For instance, in case of a famine, the old are the first to die and the young survive to secure the future of the species.

This brings me to my remark at the beginning of my blog post. Update: I wrongly assumed that Dorion Sagan wrote this part (see comment below).

There is a natural analogy between population cycles in ecology and the economic cycles of boom and bust that appear in the brand of capitalism embraced by America and the West.

In the wake of the 1929 economic collapse, the Roosevelt administration was able to pass a broad program of government oversight and regulation of business practices. There followed forty years of unprecedented growth and the rise of an American middle class, the first time in history that any economic system had supported a majority of its citizens in comfort and security. But in 1980 began the Reagan backlash, deregulation, and the return of unbridled economic competition. Capitalism became predatory, the middle class began to shrink, business cycles deepened, and a growing rift now separates a wealthy elite from the struggling majority. There have been three major stock market crashes in the thirty years since deregulation, each followed by painful unemployment and economic stagnation.

Without regulation, competition becomes destructive. The idea that stability and a broad prosperity can emerge from pure competition is thoroughly discredited in practice, but it is a useful myth for the 1 percent who profit mightily when there are no rules and no regulators.

Update (see comment below): Mitteldorf uses his biological theory to lash out against capitalism which has been defended by its supporters with social Darwinism. 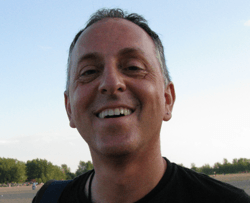 Most people rightly reject social Darwinism nowadays. However, abusing a biological theory to justify one’s own ideology is, in my view, always a very bad idea. We could call Mitteldorf’s application of his theory on economic systems “Darwinist socialism.”

Mitteldorf talks about ecological systems that compete with each other in a Darwinist manner. The individual has to hold back for the greater good for the community, so that the species or the ecological system has a competitive advantage. I don’t know which is worse, social Darwinism or Darwinist socialism. Altruism can be a good thing, but I wouldn’t want to turn myself into food for my neighbors in case of a famine. Would you?

Whatever your own political or ideological prejudices are, I recommend reading Mitteldorf’s book. His arguments for group selection are strong. I mean, groups (herds, species, ecosystems) exist, so how else can we explain their specific traits if not by group selection?

However, I don’t really find Mitteldorf’s conclusion convincing. He claims that aging is a form of altruism that helps the group compete with rival groups. His theory might work well for some species and ecosystems (for instance, where a predator mainly feeds on one type of prey). But in more complex environments where different species can exploit a variety of resources, things are probably a bit more complicated. To be fair, Mitteldorf acknowledges that both group and individual selection drive evolution. The question remains as to which kind of selection is the dominant one.

Nevertheless, I agree that aging must be an important feature of evolution. My guess is that it has something do with innovation, that is, the introduction of new abilities in species. Innovation requires removal of old components from the system. Organisms that already had the chance to reproduce should no longer contribute their “outdated” gene combinations. This would slow down the evolution of their species and therefore constitutes a competitive disadvantage in the long run.

In a way, organisms represent theories about their environment. Similarly, it is important that aging scientists fall out of the scientific community because they often have a hard time in accepting new, revolutionary theories. They thus slow down scientific progress by influencing new generations with their outdated theoretical views. Organisms with their “theories,” written in the four-letter alphabet of genetic bases, have to be replaced to give their offspring a chance to test new “gene-based theories.”

Having said that, nature has no interest in stabilizing ecosystems in the long run. Stable ecosystems only exist for a very short period of time. What we as humans with our incredible short lifespans perceive as stable periods are only blips on nature’s time scale.

Evolution is all about change and not preservation. Innovation inevitably brings disruption and not stability. Earth’s immense variety of life forms with amazing sophistication is not the result of mere reproduction with occasional mutations in peaceful, altruistic ecological communities.

Technological evolution just continues with this strategy (at a much faster pace) that has worked so well for biological evolution for more than four billion years. Weeding out the antiquated must be a central component of every system tuned for change and innovation. Aging is just one of nature’s answers to cope with this problem.

Nevertheless, the evidence that Mitteldorf presents makes a strong case for his main thesis that aging must be a programmed feature in organisms.

If Mitteldorf is right, then attempts to cure aging just by finding ways to repair accumulated damage are moving in the wrong direction. If aging is a feature of evolution and not a bug, then repairing the effects of this feature is not the cure. To abolish aging, we must reprogram the feature. Whether this will eventually lead to overexploitation of the planet is yet another question.