Are telomeres the aglets of aging? Why the shoelace metaphor is misleading

Home Blog Are telomeres the aglets of aging? Why the shoelace metaphor is misleading

Michael Pietroforte February 13, 2017July 14, 2020 longevity, telomeres 0
I just finished reading the The Telomere Effect by Nobel laureate Elizabeth Blackburn and Elissa Epel (2017). I was somewhat surprised that the authors still use the shoelace metaphor throughout the book (every chapter starts with a picture of shoelaces) because Michael Fossel, another telomere expert, despises the metaphor in his book The Telomerase Revolution (2015).

I was surprised because Elizabeth Blackburn is supposed to be the expert on that matter, considering that she won the Nobel Prize in Physiology or Medicine in 2009 (together with Carol W. Greider and Jack W. Szostak) for co-discovering telomerase, the enzyme that replenishes telomeres.

In The Telomere Effect (p. 11), the authors present the shoelace metaphor convincingly:

Do you know the protective plastic tips at the ends of shoelaces? These are called aglets. The aglets are there to keep shoelaces from fraying. Now imagine that your shoelaces are your chromosomes, the structures inside your cells that carry your genetic information. Telomeres, which can be measured in units of DNA known as base pairs, are like the aglets; they form little caps at the ends of the chromosomes and keep the genetic material from unraveling. They are the aglets of aging.

This is exactly how I always pictured telomeres, and whenever I bothered one of my friends with explaining why the discovery of telomeres and telomerase are so important in the fight against aging, I always used this metaphor. Hence, I was shocked when I learned from Michael Fossel’s book The Telomerase Revolution that I was more or less spreading balderdash during all those years. 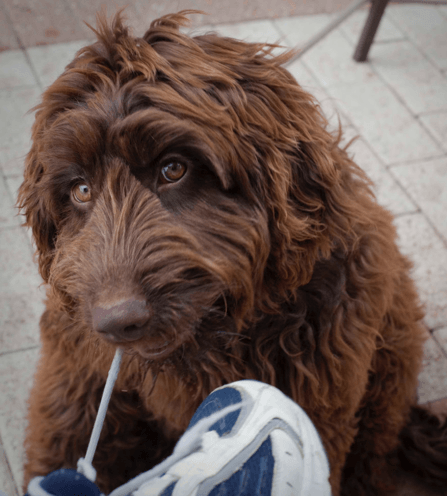 At the beginning of the book, Fossel discusses a few misconceptions about the telomere theory of aging because he believes that these wrong views are the major hurdle for a general adoption of the theory. I have to cite this at length because I believe it is crucial (p. 35):

Despite what you might have seen on television health programs, telomeres do not unravel. This common misconception derives from the common analogy of telomeres as aglets, the plastic end caps on shoestrings. The implication of this metaphor is that when you get older, the plastic aglet of the telomere wears away and all the strands that make up the DNA unravel, causing your chromosomes to come apart, killing the aging cell.

But this isn’t what happens.

(Note: Originally, my publisher had a shoelace on the cover of this book, because the shoelace’s aglet is a powerful metaphor for the telomere. But the metaphor was wrong, so the cover changed… as shown.)

In fact, chromosomes never unravel, because deterioration never gets that far. Cellular dysfunction reaches a tipping point long before the telomere is used up. Only in the most extreme cases, such as the fifth generation of “telomere knockout” mice (which cannot express telomerase), do cells ever lose all their telomeres. It simply doesn’t happen in normal aging.

In reality, your chromosomes actually remain in pretty good shape, even if you live to be 120. The only time they actually fray is during decomposition.

Likewise, the idea that telomere shortening is what kills the cell is usually inaccurate. Cells with short telomeres certainly don’t work very well, but that doesn’t mean they’re dead. 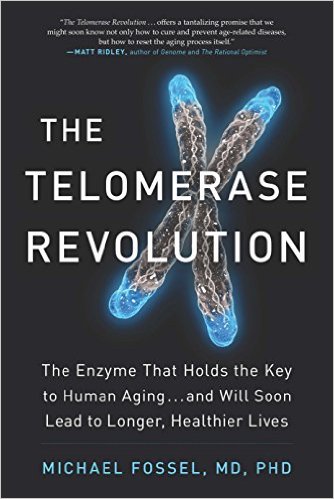 Note that this is not just about the different views of whether the shoelace metaphor is useful or not. Blackburn and Epel write:

…like the aglets; they form little caps at the ends of the chromosomes and keep the genetic material from unraveling. They are the aglets of aging.

In fact, chromosomes never unravel, because deterioration never gets that far.

I emphasized the crucial parts above. Obviously, the researchers contradict each other here. It is certainly true that telomeres protect DNA. If no telomeres existed at the end of chromosomes, genetic information would get lost each time a cell divides. DNA polymerases (enzymes that replicate DNA) have to attach to the end of the chromosomes, and the part they attach to cannot replicate. Telomers also prevent chromosomes from fusing together which obviously is not helpful.

However, Fossel’s point here is that when it comes to explaining aging, this protective function of telomeres doesn’t matter at all. This becomes clearer when he addresses misconception #1 (p. 34):

Thus, it is not the absolute telomere length that matters, but the relative length that is specific to a particular age (and varies in different species). Your body works best if your telomeres have a certain length. Telomeres too short are bad and telomeres too long are bad too because telomere length alters gene expression. You have to read Fossel’s book, which I highly recommend, if you want to understand the details.

The point of this post is that Blackburn and Epel’s claim that telomeres “are the aglets of aging” is simply not true or at least is very misleading. The “aglet function” of telomeres has nothing to do with the process of aging (if Fossel is right, as I believe). It simply is the relative length of your telomeres that determine how old your body is and how well it functions.

Note that I don’t think that both researchers really disagree on the core facts or even support different theories. Both scientists are definitely in the “telomere camp.” However, I do believe that Fossel has a point here. Spreading this misleading metaphor slows down scientific progress because opponents of the telomere theory can use it to make research money flow in the wrong direction. All they need to do is tell a potential investor (with little background in cell biology) who is interested in investing in anti-aging research that the telomere theory is now pretty much rejected because chromosomes never “unravel.”

Thus, as far as I am concerned, I will never use the shoelace metaphor again when talking about telomeres. I will review Blackburn and Epel’s book soon. There are a few other things I dislike in the book.